The Ultimate Guide to Mae Sot

How to get there | Secret Escapes

Is Mae Sot worth visiting?

Mae Sot is a popular gateway to Myanmar after becoming home to the Friendship Bridge that connects the two countries.

Many aspects of everyday Thai and Burmese life have become tightly intertwined in Mae Sot. As a result, the city offers a taste of Myanmar without crossing any borders.

For most travellers, Mae Sot isn’t a destination, but more of a stopover. It’s an interesting place to experience a fusion of cultures as there’s said to be around 135 different ethnicities living in Mae Sot.

As you wander down the streets, you’ll see faces covered in traditional Thanaka bark and men wearing the Burmese longyi (a wrap around skirt), as well as shop signs written in Burmese.

And due to the large population of refugees, Mae Sot is also the base for many NGOs trying to improve the situation in the area through healthcare and education.

You can probably already tell that Mae Sot is not your traditional tourist city like many other places in Thailand have become.

So if that’s what you’re after, why not see what Mae Sot has to offer? Whether it’s volunteering at a gibbon sanctuary, participating in a cooking class with a social enterprise, or exploring the stunning surrounding nature.

Also read: Top 8 Things to Do in Mae Sot

Where to stay in Mae Sot

Being a relatively small city, spanning only 27km² (Chiang Mai is 40km² for context), as long as you pick somewhere close to the city centre, you’ll most likely be within walking distance from everything you need.

A good rule of thumb if you want to find the centre of a city, is to look for the night market as this tends to be at the heart of the town.

This is certainly true when it comes to Mae Sot. Alternatively, anyone that’s missing a western supermarket can use Tesco as their reference point, just down the road from the night market.

However, staying around the night market almost guarantees noise and traffic. So to avoid this you may want to stay a few roads away.

There isn’t a huge choice of accommodation in Mae Sot, like some other Thai cities, but there’s still plenty of great options. Most of them are reasonably priced guest houses, but there are also a number of hotels and hostels to choose from too.

How to get around in Mae Sot

As we mentioned earlier, Mae Sot is a relatively small city, meaning you can easily explore it by foot. This is great – it’s free, you get to burn off all of the food you’ve been eating and it’s better for the environment.

A warning in advance though, Mae Sot’s streets can seem like a giant maze, but they do say that the best way to discover a city is to get lost in it!

Hiring a bicycle is also a great way to explore the city if you’re looking for a bit of speed. You can explore both inside the city as well as sights just outside. For example, the Myanmar border is only a 6km bike ride away, which shouldn’t take you much longer than 30 minutes to reach.

Most guesthouses and hotels offer bike hire for around 50 baht a day, or you can find a bike shop on most streets in the centre.

If a bicycle just isn’t fast enough for you, or you prefer an engine to do all of the work, you can also hire a motorbike for around 150-250 baht per day.

The advantage of hiring a motorbike is the freedom and convenience it provides you to explore some of the sights even further outside of the city.

If you prefer four wheels instead of two, and still want the freedom of your own vehicle, then you can hire a car from Mae Sot airport.

There are a number of car rental companies including Hertz, Thai Rent a Car and Thrifty. Renting a car will cost you around 750 baht per day.

Most of the taxis you find in Mae Sot will be in the form of a motorbike taxi or tuk-tuk. If you do want a proper taxi though, you should be able to find one at the airport or ask your hotel to organise one for you. A taxi ride from the airport to the city centre should only cost you between 70 and 100 baht.

A tuk-tuk or motorbike taxi are most easily found around the bus station, markets and Tesco. Most rides within the city centre should cost between 50 and 100 baht depending on the distance and, of course, your haggling skills.

Top-tip: There are 2 bus stations in Mae Sot, so make sure you know which one your bus is arriving or departing from. The bus station in the southwest area tends to be the main hub where most buses from other destinations such as Chiang Mai arrive.

How to get to Mae Sot 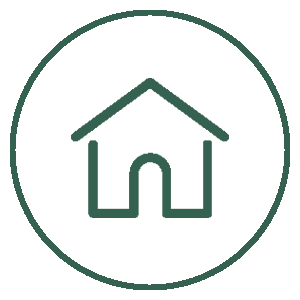 Our favourite places to stay in Mae Sot 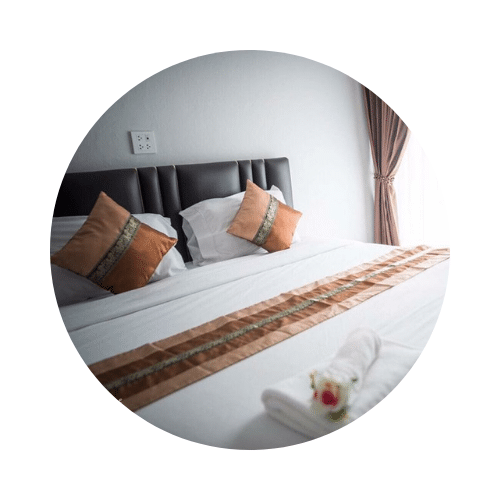 Enjoy cycling around Mae Sot with the free bicycle rentals from this hotel. Breakfast is included with your stay and your room is equipped with a private bathroom and cable TV.

You will feel right at home thanks to the friendly and welcoming staff and you’ll get a great night’s sleep in the clean and comfortable rooms.

Private room starts at $11 per night 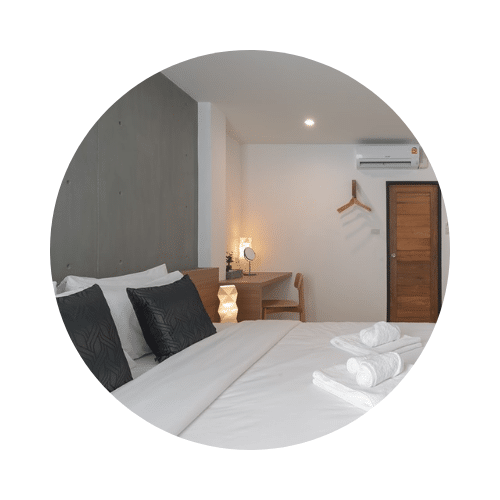 This beautiful property is a wonderful stay when you’re in Mae Sot. The rooms are large, the beds are extremely comfortable and big and the hotel is modern.

There is a cafe/restaurant on-site, a shared lounge and decent wifi throughout the building. A delicious breakfast is included each morning with your stay.

Private room starts at $32 per night 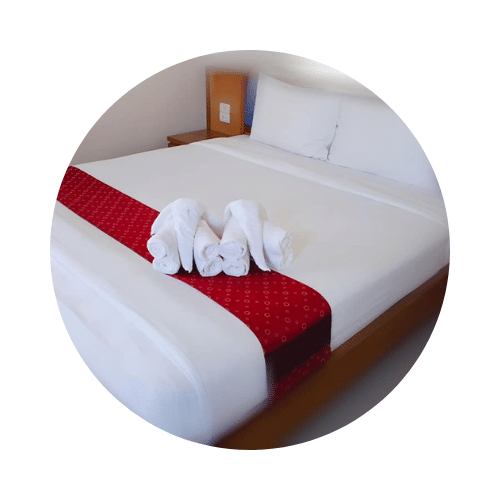 The modern J2 Hotel located centrally in Mae Sot is a great option if you’re looking for comfort and convenience.

There is a lovely terrace overlooking the garden where you can relax and enjoy the views while eating your complimentary continental breakfast. The hotel also offers bicycle rentals and is well known for its cleanliness and comfortable rooms.

Private room starts at $36 per night