Hanoi Airport, also called Noi Bai International Airport, is the second busiest airport in Vietnam. It is divided into two terminals that cater to over 40 airlines, the biggest of which are Vietnam Airlines and Vietjet Air. For an overview of all flights leaving from Hanoi Airport see this Hanoi flight map.

4 ways to get from Hanoi Airport to Old Quarter

We recommend taking Express Bus 86 when travelling to/from Hanoi Airport to the Old Quarter. These express buses have the most convenient bus stops near the Old Quarter. They are also the fastest buses with a travel time of only around 45 minutes. You can get a ticket for 45,000 VND ($1.90).

Another good option to travel from Hanoi Airport to the city centre is with the shuttle buses offered by various airlines. Their departure times are aligned with flight schedules so you can be sure to find a shuttle bus at the airport if you fly with Vietjet Air, Vietnam Airlines, and Jetstar. A ticket costs 40,000 VND ($1.70).

The cheapest way to get to/from Hanoi Airport is the public buses with fares from 10,000 VND ($0.40). They are a great way to travel like a local but note that they are often fully packed with locals. Also, these buses make a lot of stops, but none close to the Old Quarter. Travel time may take up to 1.5 hours.

If you don’t want the hassle of finding your way to/from bus stations or navigating the busy Hanoi streets to find your hotel, you can simply take a taxi. You can flag a taxi at the airport, hail one via Grab, or book a private transfer online with BookAway. Taxi rates start from 230,000 VND ($9.50).

Where to stay in Hanoi?

Still looking for accommodation? Don’t forget to check out our favourite places to stay in Hanoi at the bottom of this page.

TIP: After you spend a few days in Hanoi, it’s time to explore Vietnam’s beautful nature. Visit our page from Hanoi to SaPa to find the ultimate tip on how you can save a lot of time travelling to this northern hill tribe village.

Itinerary from and to Hanoi Airport (Noi Bai)

The Express Bus 86 is a cost-efficient way to travel between Hanoi Airport and Hanoi city centre. It is the fastest of all the public transport options because it doesn’t make as many stops as other buses. Travel time takes only about 45 minutes.

Also, Express Bus 86 has the most convenient bus stops if you’re staying at the Old Quarter. Most likely you will only have to walk a few minutes from the bus stop to your hotel.

These express buses generally get great reviews from tourists with their wide windows and comfortable chairs. A ticket costs 45,000 VND ($1.90).

You shouldn’t have a hard time finding the orange express buses outside the arrivals hall of Hanoi Airport. Try not to be distracted by touts who will try to lead you to other buses in the terminal. Express Bus 86 departs from the airport every 25 minutes from 06:25 to 23:05.

The way back: Express Bus 86 from the city centre to Hanoi Airport

If you’re travelling from the city to Hanoi airport, Express Bus 86 departs from Hanoi Railway Station every 25 minutes from 05:05 to 21:40. You can also hail them from one of the other bus stops mentioned above.

You can choose among several shuttle buses that depart from just outside the arrival terminal of Hanoi Airport.

Vietnam Airlines, Vietjet Air, and Jetstar operate shuttle buses to/from Hanoi Airport and the city centre, including the Old Quarter. The shuttle bus you take does not necessarily have to be the same as your airline, except with Jetstar.

You can check this map to see the drop-off points of the shuttle and public buses from the airport to Hanoi city centre.

If you’re staying in Hanoi’s Old Quarter, ask the driver to drop you off at Nguyen Thai Hoc or Quang Trung Street. Both are located near Hoan Kiem Lake.

When going to the airport from the city centre, the Vietjet Air shuttle departs every 1 to 2 hours from 69 Tran Nhan Tong Street, next to Central Circus Theater.

The shuttle buses from Vietnam Airlines have more frequent departure times compared to Vietjet Air – every 30-45 minutes when coming from Hanoi city centre. From the airport, they usually follow flight schedules.

When coming from the airport, you can inform your driver beforehand if you want to be dropped off somewhere along the way. But if you’re coming from the city centre, you have to go to Quang Trung Street to board the shuttle bus.

You can only take a Jetstar shuttle bus if your flight is also with Jetstar. Their buses operate every 30-45 minutes from 04:00 to 21:00.

The end station from the airport is also the pick-up station when coming from Hanoi city centre. That’s at 206 Tran Quang Khai, to the east of Hoan Kiem Lake.

There are a couple of public buses operating between Hanoi Airport and the city centre. Travel time with these buses is around an hour. But because their bus stops in Hanoi are located a bit far from the Old Quarter, you’ll probably need an additional 30 minutes to find your way to your hotel.

You will find the public bus stop on the right side of the airport terminal exit. You can take either Bus 7, which parks at Kim Ma Bus Station or Bus 17, which stops at Long Bien Bus Terminal.

Bus 7 will bring you to Kim Ma Bus Station, from where it is about a 30-minute walk to the Old Quarter.

If you’re carrying a lot of luggage, you might want to take a short taxi ride from the bus station to your accommodation. Fares start from 50,000 VND ($2.10).

You can also transfer to another bus, which is cheaper. Bus 18, 23, and 34 all have bus stops near the Old Quarter and a ticket only costs 7,000 VND ($0.25). However, they take a long way around so this additional bus ride may take around 35 minutes.

Bus 7 from the city centre to Hanoi Airport

On the way to the airport from the city centre? You can also catch Bus 7 from Kim Ma Bus Terminal.

Bus 17 brings you to Long Bien Bus Station, located 2 km north of Hoan Kiem Lake. It should take about 30 minutes if you walk from here to the Old Quarter.

Bus 17 from the city centre to Hanoi Airport

On the way back to the airport, you can also board Bus 17 at Long Bien Station. This terminal is often packed with passengers going to various destinations. Do be careful of your belongings as pickpockets are common.

Regular taxis are easily available outside the arrivals hall of Hanoi Airport. Make sure to get a metered taxi though, and don’t be swayed if the driver says you’ll pay less for a fixed price!

It’s best to just go to the taxi queue and take the first taxi in line. Disregard everyone else offering a ride. For reference, among the most trusted taxi operators in Hanoi are Mai Linh Group, G7, and Taxi Group.

When I arrived with my flight around 1:00 in the morning, I managed to take an Uber to the Old Quarter (Jan 2017). As of May 2018 though, after an agreement with Uber, you can only use Grab in Vietnam.

To book a Grab taxi, you will need an internet connection. One option is to use the free airport wi-fi to order your Grab, but this connection does not always reach as far as the pick-up point of the taxi.

A better option is to buy a local SIM card at the airport. The savings of taking a Grab taxi already make up for the costs of the SIM card and you can use it for your entire stay!

Be aware that local taxi drivers are not big fans of these services. For this reason, ignore or don’t tell other taxi drivers at the airport that you ordered a Grab ride. But if you’re coming from the city centre, there should be no issue if you book a Grab to the airport.

Pre-book a Private Transfer with BookAway

You can also book your ride in advance through BookAway.

BookAway offers comfortable cars with professional drivers, who will be waiting for you at the airport as soon as you arrive. Rates start from 370,000 VND ($15.50) for a 3-seater car.

Just landed in Hanoi? In this hotel, you will get the best night of sleep you had since ages. The friendly staff will give you a warm welcome and serve a wonderful breakfast buffet the next morning! Located in the middle of the center, but completely isolated from all the noise.

Double rooms with city view from: $42 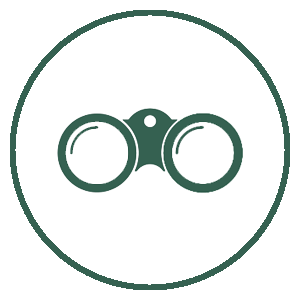 For many travellers, Halong Bay is one of the highlights of Vietnam. The stunning landscape and breathtaking views over the limestone rocks look almost unreal!

We recommend to book your boat tour online to get the best prices and be certain that you book with a trusted company. I already spoke to many travellers who booked boat trips from a random agency on the street and were very disappointed by the service and conditions of this boat.

*Both tours include free pick-up and drop-off in Hanoi.

Want to have a broader choice of tours? Check out Halongbaytours for more boat cruises around Halong Bay and Lan Ha Bay (Cat Ba).

Hoi An to Hanoi

Most popular routes in Vietnam

Ho Chi Minh to Hoi An

We are sorry that this post didn't meet your expectations.

Your feedback is very valueable to us

What was missing in this post? (TIP: If you want us to reply to your feedback, you can leave your email in this text box.)

Based in Bali, Maarten’s passion for travel is undeniable. In 2016, he decided to quit his job as a stock analyst and started doing what he always dreamed of: travelling through South East Asia and helping other people plan their trips. When he is not working on Gecko Routes, you’ll find him surfing in the ocean or exploring the best gems of Indonesia.

Aleksandra is a writer and editor who recently moved from Hong Kong to London. She’s worked and studied in four countries (and counting) and picked up a new hobby in each of them. She’s a big fan of long train journeys so you can count on her to take the scenic route, finding a few hidden gems along the way.

Type to search or hit ESC to close
1.4K views